Skip to main content
How Do You Pronounce Popo Agie?

Probably the most common question is how do you say Popo Agie? 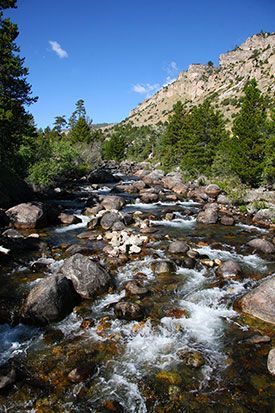 Popo Agie is a Crow Indian word that most people believe means "gurgling river." When the first white trappers arrived in the area the Crow people were here, and that is what they called the river.

The Shoshone Indians also were in the Popo Agie River Valley and they called the river Wuhnzee Ohgway which translates to: Wuhn-zee (pronghorn buck) Oh-gway (flowing river).

Today the Shoshone and Crow people still come to the canyon to collect sage and pick berries.